I started working for Lebus at their Woodley upholstery factory from the age of 15, my job was as an upholstery machinist for which I had to undertake six weeks of training.

I stayed there until Lebus was bought out in 1981 after 25 years of service, in the meantime I had three children but resumed work when the youngest started school.

The managers asked all of the machinists if they would like to work from home during the school holidays, which a lot of us did, they brought the machines to our homes and all the cushions cut outs, which I did all of the time that I worked there. When they were all made up someone collected them and brought more out, this worked really well. We were taught to take a pride in our work back then.

Lebus was just like a family, with brothers, sisters aunts, uncles and in some cases mums & dads, lots of happy memories and lots of good friendships were made some that lasted through the years and to this day. 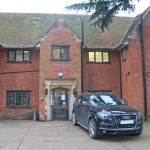 Recent picture of ‘Hawkhurst’ the old office building at Woodley 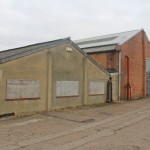 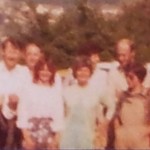 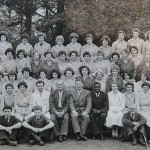 The main office was in ‘Hawkhurst’ which years before was a children’s home called St Luke’s.

The photograph of the drivers outing features Tony the shunter, Frank Hindle, Ernie Hicks, Paul Dinesvelt, John Lacey and Peter Woolgar with their other halves on a jolly at Wellington in Somerset in the 1980s.

I’m third from the left, top row in the machine shop staff photograph from the late 1950s. In the middle of the photograph on the bottom row seated is the director Ken Nash.