My father (Bill Death) left Lebus Tottenham Hale in 1965 after the float, emigrating to Australia after 41 years of service at that place. Possibly because my father was in what we would (theses days) call a Logistics role (and would always tell us knew exactly where a truck was going to or coming from whenever one was seen when out, his abilities amazed this little child at the time) I recall the name ‘Mr. Alex Alexander’ who may have been the owner of Alexander Transport (or AA Transport) who may have contracted to Harris Lebus. I remember going to a few of the Christmas parties and circus outings (perhaps that would have been in Mr. Alexanders Black Car as we dint have such luxury and I do recall such a vehicle) I have a few party pictures somewhere in stored boxes, if I locate them they may be of interest to others (circa 1955 to 60), I will endeavour to submit them. 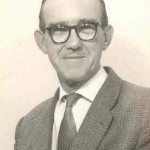 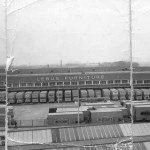 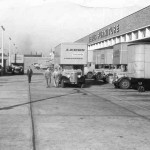 2 thoughts on “Before Australia”